LIPA City, Batangas – “THESE developments are the realization of what we are dreaming of few years back – that we will be pioneering in delivering 21st Century Learning Environment Model (CLEM) classrooms here in our beloved Lipa City for the benefit of our students. This is also the fruit of our unending coordination to different government agencies that we are partnering with to make these projects possible.”

Thus, this is how Congresswoman Vilma Santos-Recto of Lipa City’s Lone District quipped as the Department of Science and Technology (DOST) CALABARZON together with its co-implementing agency, the DOST Science Education Institute made the historic launching of the country’s first batch of 21st Century Learning Environment Model (CLEM) Classrooms here Monday, August 13. 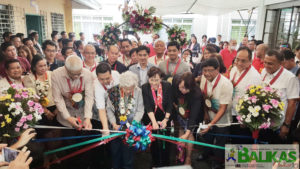 The project was also made possible through the monitoring of DOST-PCIEERD, the support from the Department of Education (DepEd) Schools Division of Lipa City, the Provincial Government of Batangas, the Department of Information and Communications Technology (DICT), and the National Electrification Administration (NEA).

“This is really a collaborative effort and we are very indebted to all the agencies, both local and national, in bring together their part to make this dream a reality,” the lady lawmaker added.

21st CLEM’s mission is to support DepEd’s K to 12 curriculum through being a modern avenue that will “create learning practices, human support, and physical environment to facilitate the development of the 21st century skills of both teachers and learners”.

Simultaneously held with the launching of 21st CLEM is the ceremonial energization of all the public schools of Lipa City led by NEA deputy administrator Sonia San Diego and Batangas II Electric Cooperative (BATELEC II) general manager Octavios Mendoza. To make the project work and assure the reliable supply of electricity, NEA provided Batelec II with necessary funding for the installation of transformers in the schools.

DICT acting secretary, Usec. Eliseo Rio, however, said that the government is fasttracking their efforts to make the internet services be made available in every schools, particularly at the five pilot schools, with tge Pipol Konek project.

Other guests from the DOST, the DepEd, DICT, DOE, NEA and local officials also graced the celebration. 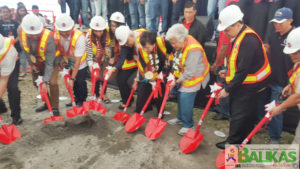 But before the launching event in Brgy. Inosloban, Congresswoman Santos-Recto and Secretary Briones also led the ground-breaking ceremony for the construction of Teachers’ Event Center at the C.M. Recto Elementary School Compound near Lipa City’s Community Park.|#BALIKAS_News

BY JOENALD MEDINA RAYOS BATANGAS City – “THE Batangueños are the type of people who are worthy of the support of any organization like the Philippine Red Cross. Ang mga taong maalam pahalagahan ang sarili at nagsusumikap ay hindi mahirap tulungan; and that’s the reason why we are here today to inaugurate a new molecular […]