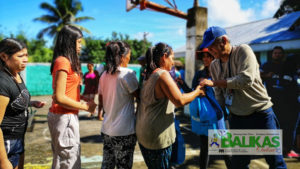 Albay in the Bicol Region is prominent and vulnerable to strong typhoons and volcanic eruptions due to its geological location. In the past years, it has experienced several natural phenomena that have tested their Uragon’s spirit.

2018 is no different for the Albayanos. While most people are celebrating Christmas and New Year season, for some residents in Albay 2018 didn’t end with so much festivity. 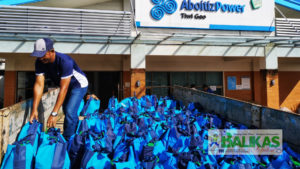 The weather disturbance locally named Usman hit the country during the holidays. While it did not have powerful winds, it brought heavy rains that caused floods and loosened the soil triggering landslides in some areas in Bicol, MIMAROPA, and Eastern Visayas.

It was reported that many people failed to take necessary precautions because Usman was not strong enough to be rated as a typhoon under the government’s storm alert system, and people were overconfident because they were in vacation mode, and there was no tropical cyclone warning.

Hundreds of casualties were reported while thousands of families were heavily affected by the flash floods and landslides. Disaster officials have placed the estimated damage to infrastructure at PHP 1 billion in Bicol Region, excluding the damaged crops.

Tiwi has suffered the most in the Province of Albay, where AboitizPower wholly owned subsidiary AP Renewables, Inc. (APRI) operates its geothermal power plant. True to its corporate social responsibility, APRI and Aboitiz Foundation, Inc. immediately staged a relief operation to 1,412 affected families from Barangays Sugod, Bariis, Joroan, and Maynonong.

Seventy-five (75) volunteers composed of APRI employees, security, and janitorial personnel extended their hands packing and distributing relief goods upon the resumption of the working day on January 2.

“AboitizPower, guided by its brand purpose of driving change for a better world, is committed to advancing not just the business but also its host communities, especially in times of difficulties and unexpected calamities like this,” said APRI COO and president Alexander Coo.

Meanwhile, Barangay Bariis Captain Jaime Convencido, whose brother died from the Usman tragedy said “Ganun paman ang nangyari sa amin, bangon lang at patuloy ang laban at buhay para sa pamilya at komunidad (Despite the tragedy that happened to us, we will rise, fight, and continue to live for our families and communities).”|

TABANG SA KALAMIDAD AP Renewables, Inc. (APRI) immediately provides relief assistance to 1,412  families who were heavily affected by the tropical depression Usman upon the resumption of the working day of 2019.

By JOENALD MEDINA RAYOS BATANGAS City – WITH the impending decrease of supply of natural gas from the country’s main source off Palawan, stakeholders from the private sector take a bold move to ensure with sufficient supply to keep various natural gas-fired power plants running. Before the end of 2018, industry player First Gen takes […]

In photo: Eduardo Marco (center) the first placer for Seniors Got Talent 2018.  With him are the judges, from left to right is Michael Tapay of Ace Hardware, Alvin Reyes of Pizza Hut, Love Joy Constantino of Nailaholics and Jocelyn Bacay of The SM Store. LIPA City – IN celebration of the Filipino Elderly Week, […]